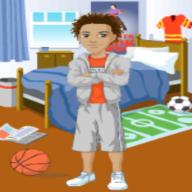 I'm an avid humanitarian for all people not just any particular group or groups of people, without distinction. I try to be just and fair before openning my mouth to judge, make opinions, or condem anyone by offending them for their opinions except when they r being a bigot or racist. Ignorant folk that speak or live hate r on my serious prayer list.