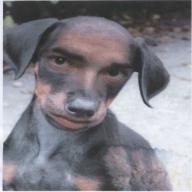 When injustice becomes law, rebellion becomes duty. Thomas Jefferson Amino acids: Learn them, use them. "..... The successful men of today are men of one overmastering idea, one unwavering aim, men of single and intense purpose." -- Orison Swett Marden http://www.marxists.org/reference/archive/hegel/index.htm 'Why has Secular Humanism created a more humane society than all the millennia of religious control? Why didn't any religion come up the ideal of "Human Rights"?' Because when you think you have ALL your rights, you are not motivated. The ideal of human rights is a religious phenomena. The word usage for the word 'human' was recreated in a new coherent logic of existential materialism. As science begat more positive results, it drew to its self positive regard and popularity. The new emerging human abilities and treatments fit in with the right of charity and love.