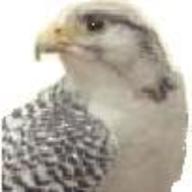 I would like to answer serious questions, giving information, so that a suffering person can find a creative way to solve a situation or condition as part of ones learning and growing process. I don't want to answer those questions that are just confirming ones present condition & beliefs. Y!A is a precious space with great opportunities, but I am tired of all the nonsense & trolls all over the place & I will hold back myself in future activities here. I have now my own page & you can ask your essential questions at: http://askbeiyin.falconblanco.com http://falconblanco.com